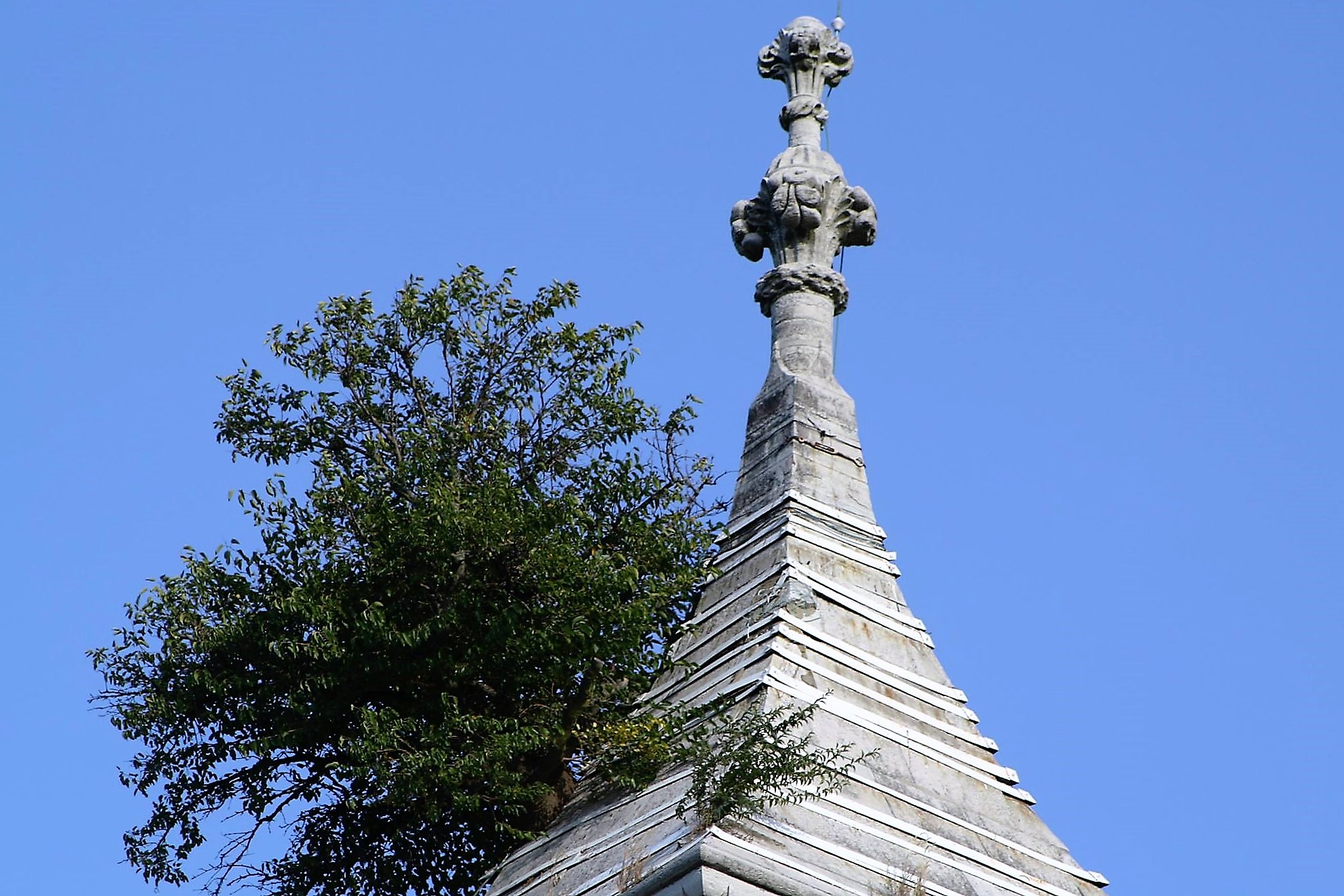 We hope you enjoy our website and find it beneficial. If there is any information or additional services which you feel would be beneficial please contact us. 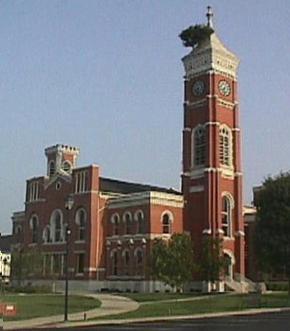 In 1819, through the Indian Treaty of St. Mary's, the U.S. Government acquired a tract of land known as the New Purchase. Soon after this, the John Fugit & "Griffy" Griffith families entered the region, becoming the first settlers of the county. The area comprising Decatur County was set off from this tract in 1821 and named for Commodore Stephen Decatur, a naval hero. In April, 1822 court was established and government set up in May. The site of the county seat was chosen in June, 1822 and named, Greensburg by Thomas Hendricks wife, for her home in Pennsylvania. The first county building was a jail built in 1823 on the southeast corner of the courtyard.

As you can see in the above picture, the courthouse of Decatur County has a tree growing out of the top of the courthouse tower. This tree has been mentioned in publications throughout the world, including an episode on the television show, "Ripley's Believe It or Not", and causes thousands of visitors to come to Greensburg each year. We hope you enjoy our website and find it beneficial.

This history was originally posted on the Greensburg Chamber of Commerce webpage in 1997.

Greensburg, Indiana, occupies a unique place among the cities of the world by reason of trees that are growing from the roof of its courthouse tower. Early in the 1870's, our citizens noticed what seemed to be a small sprig growing on the northwest corner of the courthouse tower. During frequent observations it became evident that what at first caused little comment was gaining in height, and it began to attract the attention of additional observers. As time passed and the shrub continued to grow, those who had watched its growth became convinced that it was destined to become a freak of nature in the form of a small tree that, somehow had taken root in the crevices of the roof on the on the tower. Later on it was observed that other sprouts were springing up at different places until finally five were counted, making a small grove growing at an altitude of 110 feet above the courthouse yard below.

County and courthouse officials became alarmed lest so many trees might cause permanent damage to the tower roof, so in 1888 a steeplejack was employed to ascend the building and remove some of the shrubs. Of the two left standing, one attained a height of about fifteen feet with a diameter of almost five inches at its base. This tree continued to weather the storms of the different seasons for many years. Finally it died and was removed to a place in the Decatur County Historical Society Museum.

In the meantime, however, another tree had made its appearance on the southeast corner of the tower which now seemed to take on renewed vigor and in a few years grew to a considerable height. While it was maturing another and final growth sprang up on the southwest corner resulting in the two trees that continued to maintain the fame of our county courthouse that has endured for over a century. During the spring and summer months, when other trees are coming out in full leaf, these two, growths from their lofty heights also put forth their foliage, presenting one of nature's freaks and making it worthwhile to drive out of your way to see. Tourists and others from nearly every state in the Union have come to Greensburg to take a look at our famous courthouse tower trees, stories about which have been carried in many newspapers and magazines and in periodicals of foreign countries as well.

For a long time the species of the tree to which our tower tree belongs was not definitely known. Some thought they were linden, others that they were of the silver poplar variety. Finally, the Smithsonian Institute of Washington, DC, was called upon for a scientific classification. Their decision was that they are of the large tooth aspen variety. That solved the uncertainty at the time, but information provided by more contemporary sources indicate that the current tree is a Mulberry tree. During a recent tree trimming a piece of the tree was examined by several Purdue University foresters and they positively identified the tree as a Mulberry tree (1).

The presence of these trees on our courthouse tower is just as much of a mystery to the citizens of Greensburg as to those who look upon them for the first time. No definite explanation as to how the seeds of the first trees found their way to their lofty germinating place has been found. Regarding the matter of sustenance, most theorists believe that dust from the interior as well as dust and moisture from the outside does the trick. Jokesters have strained themselves severely over the matter of "no visible means of support." When somebody suggested that the tree was fed by springs in the clock, a ban was placed on all tree jokes.

(1) - the information identifying the tree as a Mulberry tree was provided on February 6, 2007 by Russell Wilhoit, Decatur County Historian. 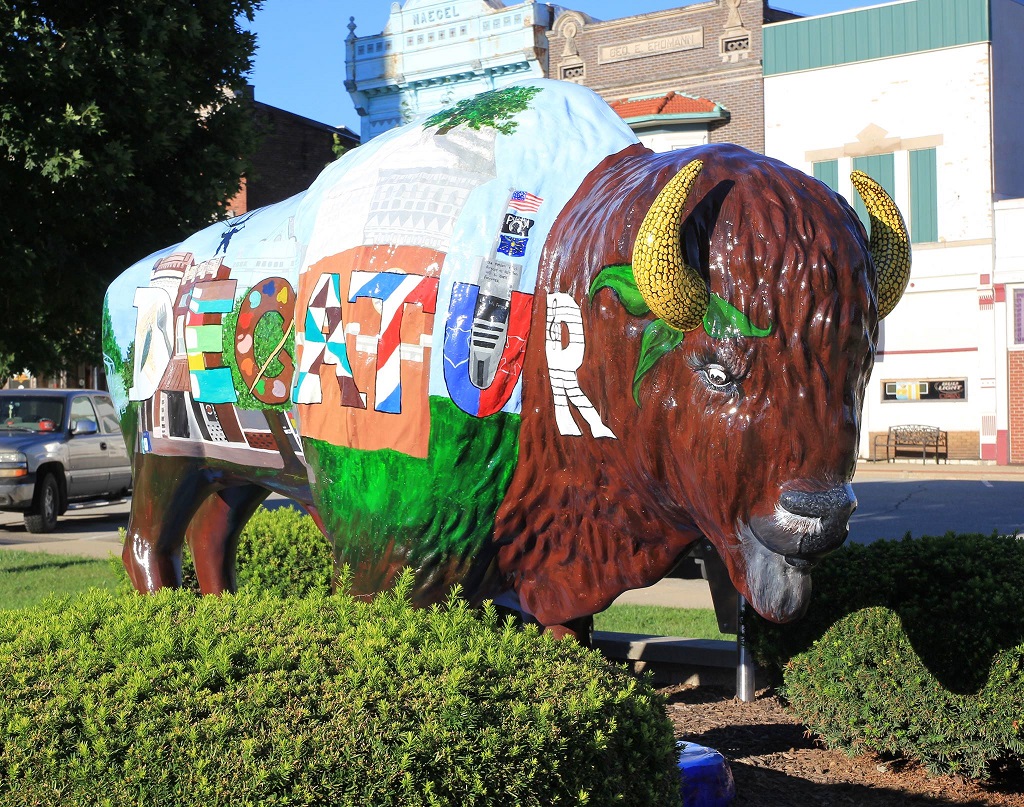